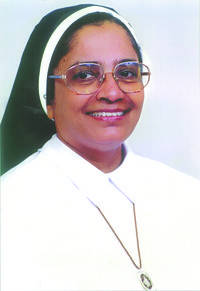 When the body of Syrian toddler Aylan Kurdi washed up on the shore of Turkey, David Cameron decided that Britain would play its part in easing the humanitarian crisis of the refugees. He announced that Britain would re-settle up to 20,000 refugees. More than 2000 miles away in Jordan, Muzoon Almellehan was unaware of Cameron’s act of mercy. In a tent far away from her friends, she has busy studying for the upcoming national examinations. Each time she felt ready to take the tests, her family moved.

They had had to flee from the embattled Syrian city of Daraa in the middle of the night. Carrying only the bare essentials, they crossed the border in to Jordan where they settled in Zaatari, the world’s largest refugee camp. When they unpacked, Muzoon’s father realized why Muzoon’s bag had been so heavy. She had carried most of her books. The camp had a school and Muzoon continued her education there.

Many families in the camp had lost all hope. Unable to think of a life beyond the camp, they were no longer interested in sending their daughters to school. Rising against this tide of despair, Muzoon urged families never to stop educating their children, especially girls. Eighteen months passed. Just as Muzoon adjusted to her new school, the family was told to move to another refugee camp at Azraq. It seemed all was lost but it was not so. Muzoon’s passionate advocacy of education had drawn the attention of the UN Refugee Agency and representatives met Muzoon’s father with proposals of resettlement in Canada and Sweden.

Little did Muzoon’s father know that Muzoon was already in negotiations to relocate to Britain, the home of Shakespeare. She had been studying Measure for Measure in English. Two and half months after Cameron’s announcement, the family arrived in U K. They were given refugee status on arrival with five-year visas but Muzoon has no plans of settling in Britain. She hopes to return to her homeland after getting a degree and training as a journalist. I want to go back to rebuild Syria. It will need doctors, engineers, lawyers and journalists to make this happen… With good quality education, we can do anything.

Dear teachers and students much progress has been achieved in the past decades but each day brings greater challenges. We will have to combat global  terrorism, adapt to climate change, respond to the refugee crisis and other looming issues. The answers to these pressing questions will have to come from the educated. The next time you enter a classroom, consider yourself to be among the privileged few in the world to receive an education. Pause also to reflect on how you can use that education to change the lives of others and that of your country.  May the angels inspire you to learn all that is useful and may God grant you the wisdom and the opportunity to use your education in the service of all.

Hand sanitizer for 'Agents of Hope'

All Saints College Celebrated feast of Our lady of Lourds

Youngsters get Wetland Schooling at Vellayani

Sargotsavam organised by Department of Malayalam on 7th February 2020

The Mashithandu Club under the aegis of the Department of Malayalam is organising a cultural fest,

National Science Day Celebrations 2020: Seminar on Conservation of Nature with Special Reference to Plant Diversity, organised by the Department of Botany

National Science Day Celebrations 2020: Seminar on Conservation of Nature with Special Reference to Plant Diversity, organised by the Department of Botany

The NSS Unit of All Saints' College is organising a Cancer Awareness Programme on 04-02-2020 in association with Susrutha Charitable Medical Trust.

National Seminar on Problems and Prospects of Transgender Community, organized by Department of History and Political Science, on 29th January 2020

National Seminar on Problems and Prospects of Transgender Community

the literary events of the Kriya fest held on 9th and 10th of January, 2020

the literary events of the Kriya fest held on 9th and 10th of January, 2020

Workshop on Ornamental Fish Culture and Aquarium Management on 26/11/2019-29/11/2019 Jointly organized by Department of Zoology and Department of Aquatic Biology and Fisheries, University of Kerala

Workshop on Ornamental Fish Culture and Aquarium Management on 26/11/2019-29/11/2019 Jointly organized by Department of Zoology and Department of Aquatic Biology and Fisheries, University of Kerala

One Day Seminar on Taxanomy & Biodiversity on 11 November 2019, Organized by Department of Zoology

Rally on Kerala Piravi on 1 November 2019

Rally on Kerala Piravi on 1 November 2019

Inauguration of Literary and Debating Association 2019-20

The Literary and Debating Association of the Department of English will be inaugurated by Dr. T.K. Anandi, State Gender Advisor, Government of Kerala on 30-09-2019.

The Department of English in association with Mathrubhumi is organising a Debate Competition on the topic, "Uniforms must be made necessary in colleges" on 23-09-2019

National Workshop on Cheminformatics in Drug Discovery and Research

One day Workshop on Teaching English Language Skills on 05-08-2019.

National Seminar in 'Ethics in Higher Education: Policies and Praxis'

The College celebrates its Golden Jubilee marking 50 years of academic excellence and service. A debt of gratitude is owed to the leaders who have made the institution what it is today.